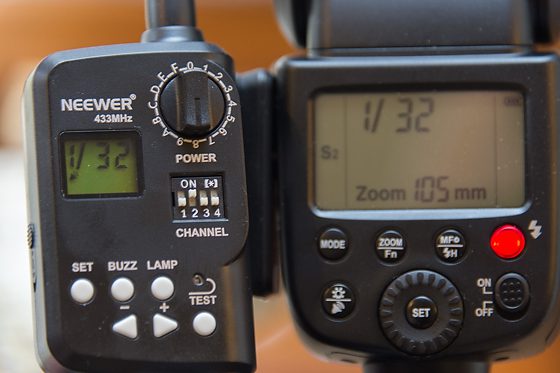 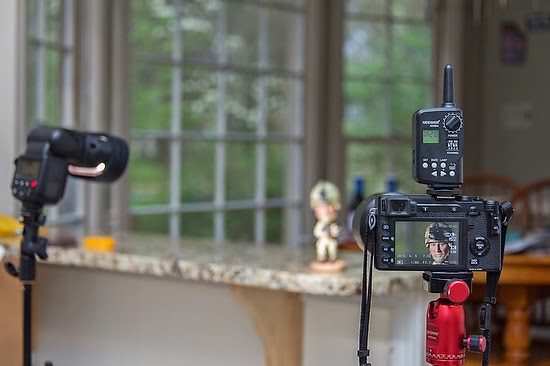 I prefer the off-camera flash any day to the pop-up flash on any camera. I have written many articles on it here on the blog. Just put the phrase “off-camera” in the search field I have on the blog, and you will see many posts talking about doing this with my Nikon system.

Now I have a Fuji X-E2 and wanted an off-camera flash solution. I stumbled on the Neewer TT850 flash [$104.95]. This flash is a manual flash. Using 2,000 mAh Eneloop batteries in an SB900 will give you a maximum of 200 cycles. The TT850 blows its competitors out of the water. Who needs one, even without a way to plug in an external pack? Just carry an extra battery or two. But who shoots more than 650 full-power strobe shots at a shoot? You can shoot up to 1300 full power shots with just one extra battery.

You could trigger it in a few ways.

Nikon has three groupings of A, B, or C. Neewer has 16 different groups. That is a lot of flashes you could control all from the camera.

Here you can see I can control the power easily from the remote. The controller is great for shooting on the go. Unfortunately, you cannot change the zoom from the remote. 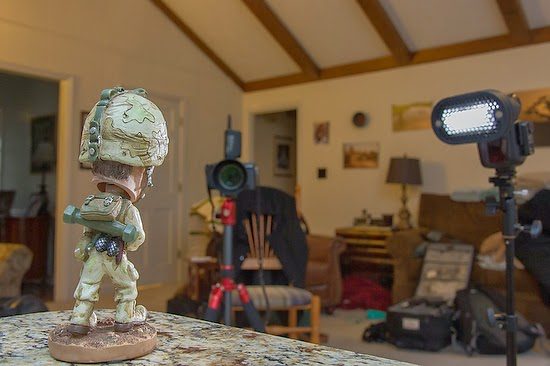 Here you can see the setup. Fuji X-E2 with the 55-200mm lens. The Neewer TT850 is on a light stand off at 45º. The Neewer 433MHz Wireless 16 Channel Flash Remote Trigger fires the off-camera flash and controls the power from the camera. Also, on the flash, I added the MagMod flash modifier system.

MagMod is a magical flash modifier system that frees your Speedlite flashes from velcro, straps, and adhesives by ingeniously incorporating the invisible powers of magnetism.
The design of each modifier is a single molded piece of high-quality silicone rubber that is sleek, compact, easy to use, and dead simple.
I used the gel holder with a 1/4 CTO and two of the grids stacked. I was keeping the light mainly on the statue of the soldier.
Now I just took some photos. I used a tripod, which let me drag the shutter for some long exposures. This way, I could shoot at a low ISO and keep the background from going too dark.
The great thing is I am changing the power of the camera.

I recommend getting a second battery for the flash. All three were only $171.35 on Amazon. We have Amazon Prime, which gives us free shipping.