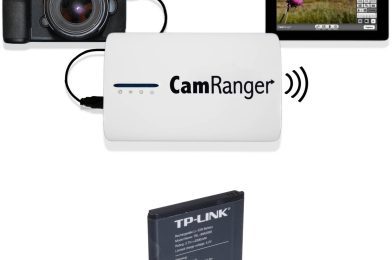 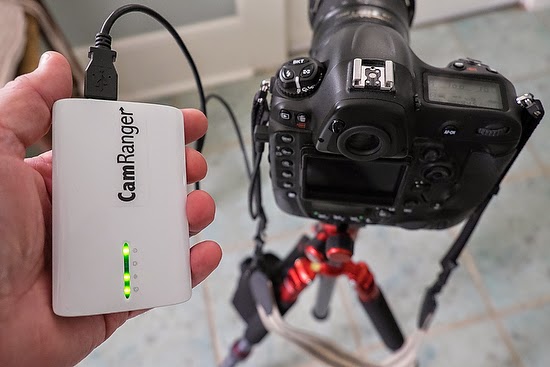 Nikon has two WiFi solutions for the Nikon D4. One costs $1,000 and the other $877. Also, I have not had the best of luck with Nikon’s WiFi solutions in the past, especially with the Nikon D2Xs. I bought the Nikon system for $600, which dropped out so often and was almost impossible to sync.

When I was at PhotoShop World in Atlanta this week, I ran into my friend Gary S Chapman, and he asked if I had seen the CamRanger booth. I had not, and after he walked me over there, I decided to buy one after their demonstration. Gary said he would wait on my review before buying one. So the next gizmo we find, he goes first.

The system cost was $299.98, and they had a special going for that price to toss in an extra battery and charger.

It has a USB cable to connect to your camera [pick your camera when ordering the correct cord] and a CAD5 cable for updates. It also comes with a small bag that hangs on your camera strap.

The charger looks identical, just minus the WiFi part.

CamRanger currently supports a large number of both Canon and Nikon cameras. To see the complete list and all the features for each camera, go to this link, and you will find your camera and what features will work with your particular model.

The CamRanger supports iOS devices, Android devices, Mac and Windows computers, and the Kindle. All the following apps are free and will work universally with the CamRanger unit! In addition, the CamRanger can be registered with multiple devices and used with one device or computer at a time.

I have an Android phone, an iPad, and a Macbook Pro that I would use with the CamRanger. All work just fine.

From shooting with the Nikon WiFi and using the EyeFi SD card, I learned a few things that made me want to get the best performance out of the CamRanger. If EyeFi made a card that would work in the Nikon D4, I would have never looked at the CamRanger, but they don’t, so here I am using the CamRanger system.

Shoot RAW+JPEG—You are sending files over from one device to another. The bigger the file, the slower it will take. You could shoot just JPEGs, but I prefer speed and, therefore, would like the smallest JPEG I can use to preview on the iPad, for example. But when I need the higher resolution image, I now create that from the RAW file. 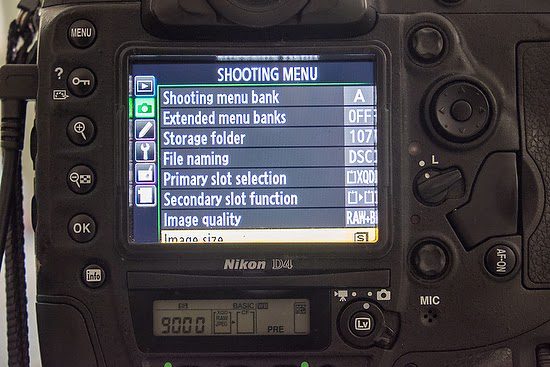 Small JPEG—Go to the menu and pick the image size under the camera icon. Select Small, and this will help give you the smallest file size. 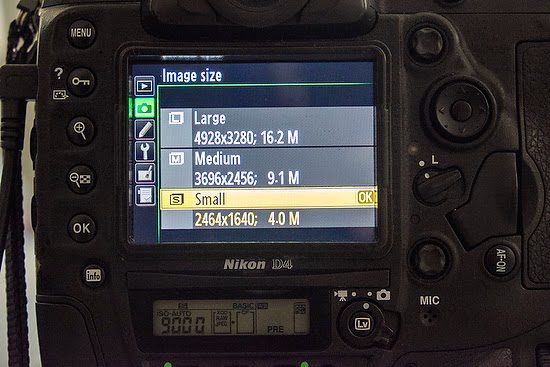 I would also use essential rather than refined. I want creative directors and art directors to use my iPad and see the images as I shoot sometimes. This way, they are not over my shoulder but can see the results.

If I am tweaking the settings, I can turn off the WiFi, and when I am ready for them to start seeing images turn the system on. 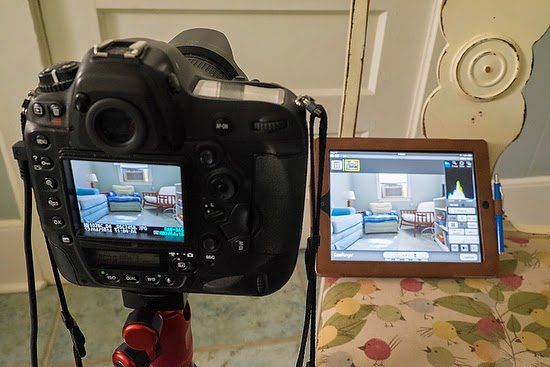 It connects right away to the iPad once you set it up. The setup lets you enter your device’s WiFi settings and select the CamRanger. Then you put in your serial # as the password. Once connected, you use the CamRanger App you downloaded for free to join.

Two Main Ways I Use It—When I want someone to see the images, I shoot, and the images pop up as thumbnails and big ideas. 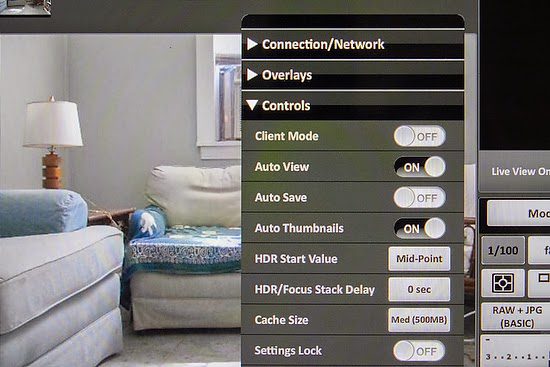 You can set up the controls in the App to client mode, where they see the image and can star rate it if they like. I changed the default setting to have Auto View on so the print displays big when shooting. The thumbnails let you go back and see previous images.

If I were shooting a lot, I might turn off the Auto View and let someone just click on those thumbnails they want to see big without my latest image popping up while trying to see another image.

The second way I like to use the system is in Live Mode. You select Live Mode from the App and not from the camera. 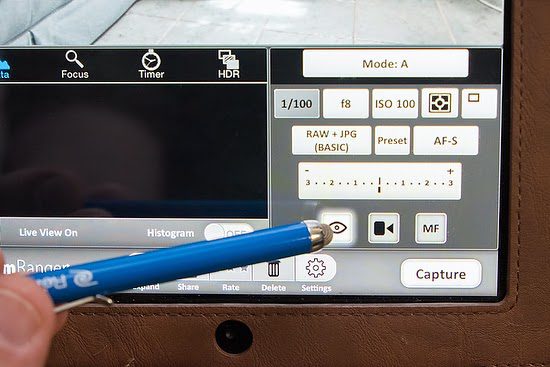 You can see the camera settings in both modes and change them unless you have Client View turned on. 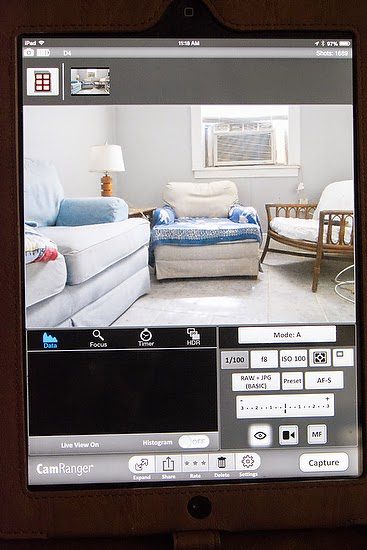 I think the CamRanger from my tests performs as well, if not better than anything I have used for the WiFi connection to my camera.

I first need to tell you how I shot tethered for years when doing portraits. The images popped up, and they were all on the computer where the subject could pick their pictures. Once I had the camera on a table, and my foot caught the cable. Well, that was a $600+ repair for a shattered lens.

So I started using WiFi because I prefer radios for triggering flashes—No Cords.

When I am doing portraits, I control the lighting, making the step of processing a RAW image a waste of my time. So here I can shoot the Large/Fine setting JPEG and be done with it. Yes, it takes a few seconds longer, but all the images load on the computer, and I can give the client all the photos at the end of the shoot.

Another great reason to use WiFi is when I teach. I like to show everyone as I am doing setups, with lights, for example, what I am doing. With a large screen TV or projector, I can shoot, and they immediately see the results and the settings on my camera—a great way to learn studio lighting or location lighting.