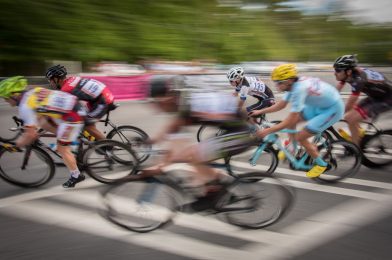 Often, I feel like I am watching people pass me by as they reach their destinations while I seem stuck in life. Today I know differently. I often only saw people way into their journey and missed seeing their start.

Last week while teaching three students in their 20s studio lighting, I had an “Ah Ha Moment.”

I turned 60 this year and was reminded that I was 40 years older than these young women.

They were not sure what they wanted to do with the rest of their lives, and in a way, we’re doing a GAP Year type of program by studying photography for three months.

While teaching them how to use studio lights, I knew I could share some insights that come only with hindsight.

When I graduated from college, the movie Karate Kid came out. There is a scene where the kid is fed up with doing chores around the teacher’s house. So he demanded to learn Karate. Pardon the language, and watch this clip.

I am on the autism spectrum and realized in hindsight that God had given me opportunities through my life that was like 1) Sand the Floor; 2) Wax on, Wax Off; 3) Paint the Fence; and 4) Paint the house.

Mr. Miyagi tells Daniel always to keep eye contact and, from inside, respond.

I wanted to impart to these young ladies that it isn’t the destination but the critical journey. I had learned that God was with me on the trip, but I was always to focus on the destination. However, I think the goal was the carrot I needed to be like Daniel and learn through repetition skills that I would later need to perform from inside and not have to think so much about what I was doing in photography.

I needed to look people in the eye that I was photographing. I would be doing this while looking through my camera lens.

Sand The Floor: Learning the fundamentals of photography

From the time my dad and mother gave me my first DSLR until the end of my first year working in a newspaper was about five years. I was primarily learning to take available light photos with occasional flash photos.

This was when I mastered how to expose photos properly and understood elemental composition and capturing the moment. Getting the moment was easier for me to know during this time with sports than in meetings.

I had to learn how to listen to people and communicate with them to understand the story I was covering and then capture it to tell that story to the public using primarily photos and adding captions to complete the message.

Wax On Wax Off: Learning Lighting

One of my primary responsibilities when I worked for the International Missions Board, was doing portraits and covering meetings. As a result, I learned how to light people and objects with lights.

What I was also learning was how to interact with people. I had to meet people and get the best expressions that captured their personalities in just a few minutes. I would often photograph 30 to close to 100 people in a day at some of those conferences.

I would work here for five years. When I left my job here, I spent ten years learning photography and how to talk to people.

During these five years, I also had a wonderful mentor Don Rutledge. He had studied psychology and was teaching me the body language and how to incorporate that into my photos. I would spend hours with him as he was editing coverages worldwide. I asked questions, and he taught me so much.

I did not get any overseas coverage during this time, but I did fly around the USA doing stories on churches and missionaries on furlough.

Due to the recession, I lost my job, and my wife and I moved in with my parents on Long Island, New York. I would work for Tandy selling computer systems to schools and businesses.

I had bought a PC a few years earlier and understood them well enough to sell them. Next, Tandy sent me to workshops on making sales, which helped me understand marketing.

I also decided this was an excellent time to go to seminary. I had started on this path earlier but took a ten-year detour to learn photography. At the seminary I chose, they had a master’s in communications. I did that program hoping the recession would be over when I finished and then off to work with some missions agency, but this time covering the world.

I managed a couple of one-hour photo labs to pay the bills while in school. This taught me to work with people as a manager and with customers. This also helped me learn my color wheel even better. I was learning that if I saw magenta in the negative, that would print green, and where I saw cyan would print red, for example. This would later help me with choosing colors for clients.

For the next ten years, I worked at Georgia Tech. I would be putting everything I had done before into practice. Everything I shot I would have to process in our photo lab. I would have to do occasional portraits but found myself using studio strobes to light classrooms, coliseums, and research labs.

I was doing photojournalism, recruiting photography, sports photography, portraits, editorial, and just about any style of photography you can imagine.

Putting it all together: Full-Time Freelancer

Since 2002 I have been a full-time freelancer, which means I own a business. My income surpassed my staff job positions in just a few years. I finally was making money without always having a credit card balance.

The primary thing I was doing as a freelancer that I wasn’t doing as a staff photographer was all the business side of the job.

I had to market myself. In many ways, this was me telling my own story. I had been telling other people’s stories for twenty years. Now I would have to tell my own story, emphasizing how I can tell others’ stories to grow their business.

A few years into freelancing, my friend Bill Bangham asked me to go to West Africa for almost a month to do some stories for him.

Today I am doing work that I could only do because I had spent years perfecting those skills necessary to do the job today. The only way I could look people in the eye today and let those skills that had become muscle memory work for my clients was from learning like Daniel the hard way.

While I don’t have a Mr. Miyagi who led me to where I am today, I think God was there with me on this journey. I look back today on almost all of those milestones of knowledge and remember the people I met and the stories I got to tell. Those experiences helped mold me into someone with a lot of scar tissue, which translates into wisdom.

In each of those places on my journey, I was making mistakes. I seldom made those mistakes again. Instead, I learned from those moments. However, I was still going to be doing something new in the future; I would make new mistakes and learn from those as well.

While I thought I would be telling stories around the world when I first started at the International Missions Board in 1985, it was twenty years later when Bill Bangham sent me on my first international coverage trip in 2005.

To be a successful photographer is to be a successful artist. It takes time to develop the skills that allow you to create art from within. I am a communications artist; therefore, my work must help tell a story.

I told the students this last week, so they know not to be discouraged but to enjoy the journey.