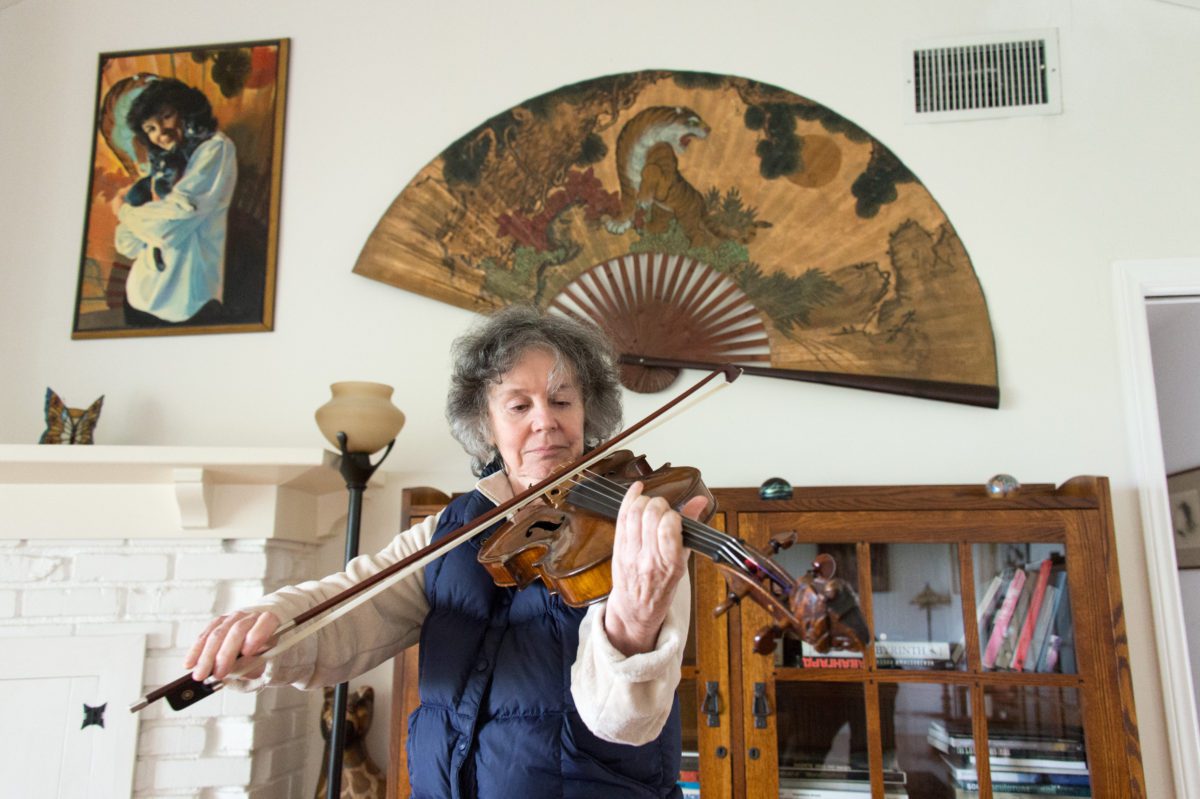 “If you just focus on getting better, and not being the best, you have such a good time.”

The other day I was reminded I am working with many people at the top of the field and when I work with those starting out I have to be patient. This post is about how to become a better you by reflecting on how I got to where I am today.

I have been so blessed to have gotten to know some of the world’s best in a few fields. One of those is my sister-in-law Pam Goldsmith. I have written about her before.

She plays in the studio musicians group that plays for many of the movies, TV, records and other places you would be surprised about. She sits in the first chair most of the time. When the studio musicians show up to play the music for a movie that has never been played, they don’t practice it–they play it for the first time and 95% of the time that was the last time they played it for the final recorded version you see in the movie. The 5% of the time they do it again, it wasn’t due to their execution, but the composer realizing during the recording that they made a mistake and after a rewrite they record it again.

It takes a long time to get to that point of expertise from just learning to play the instrument.

In 1984 during my Spring Break I was hired by Robert Reed at the Hickory Daily Record and would start working just after I graduated that May. While driving from Delaware to Hickory, North Carolina I stopped by the International Mission Board to meet Don Rutledge.

My uncle, Knolan Benfield, had worked with Don for more than nine years when they were on staff for the North American Mission Board in Atlanta, Georgia.

In the 1950s Don was shooting stories for all the top magazines. He would go on to work with and basically help lift the quality of photography done by the mission magazines to compete with LIFE, Look, and National Geographic Magazine.

Pam Goldsmith grew up in California near all the great musicians and due to being surrounded by the great viola players became one. In some ways I too was growing up in the environment of great photographers and storytellers.

I remember my uncle Knolan Benfield talking to me about how you get to the top. You go and talk to the people at the top. He let me know of many of the experiences where he noticed famous photographers at conferences standing by themselves because people were afraid of them. He just walked up and talked to them and got to know them.

Today I know that there are very few at the very top of the profession that can help others. These are the ones that can teach and not just do. Don Rutledge happened to be one of those few.

While Don taught me a lot about composition, body language and learning to see light, Knolan taught me how create using lights.

In 1993 I started to work at Georgia Tech. Georgia Tech named one of the most prestigious schools in the world. My role there was storytelling on research, education, athletics and alumni for distribution through campus publications and outside media. I worked there until 2002 and during this time I perfected lighting.

In 2008 Greg Thompson, Director of Corporate Communications for Chick-fil-A, asked me to come and help him build his team. Chick-fil-A is the third largest American fast food restaurant chain and the largest whose specialty is chicken sandwiches.

Greg was building an incredible team. He recruited Ken Willis who had run the largest PR agencies in Atlanta. He had just sold one of them and then started a new agency KWI.

Greg was scooping up talent from Coke, Porter Novelli and recruiting some of the best students to start their career with Chick-fil-A.

Again I was being surrounded by some of the best in the profession of storytelling.

In 2018 Mark Johnson, Senior Lecturer, Journalism at Grady College of Journalism & Mass Communication for the University of Georgia, asked me to come and teach for the year Intro to Photojournalism to four different classes while they looked for a full-time professor with a Phd.

What I learned quickly was I had worked my entire career with people at the top of their game. Everyone I worked with was always doing whatever it took to tell the story in the most effective way possible.

Many of these students were not desiring to being visual storytellers. Many were taking journalism as undergrad degree before going on to another profession like law.

In 2006 I got a call from Dennis Fahringer asking me to come to Kona, Hawaii to teach his students lighting. He originally asked Joanna Pinneo, photographer for National Geographic Magazine, who told him to contact me. Joanna and I both worked with Don Rutledge.

Dennis’ students in YWAM had a passion for God. Most taking the class were exploring if photography was one of the ways they could serve the church or learn how to work their faith into running a photography business.

Again I was asked to dial back from shooting at the highest level in my profession to talking to newbies about literally “Step One” in photography.

I am often hiring photographers to help me with projects at Chick-fil-A. Two that I love to hire over and over are Michael Schwarz and Robin Rayne.

I have hired so many through the years, but only a few are consistent in meeting the demands of the customer. When I hire either one of them to do work, I know that I am sending to the customer storytellers that are not just as good as me, but better than me. This is how I see them.

Be the best version of yourself!