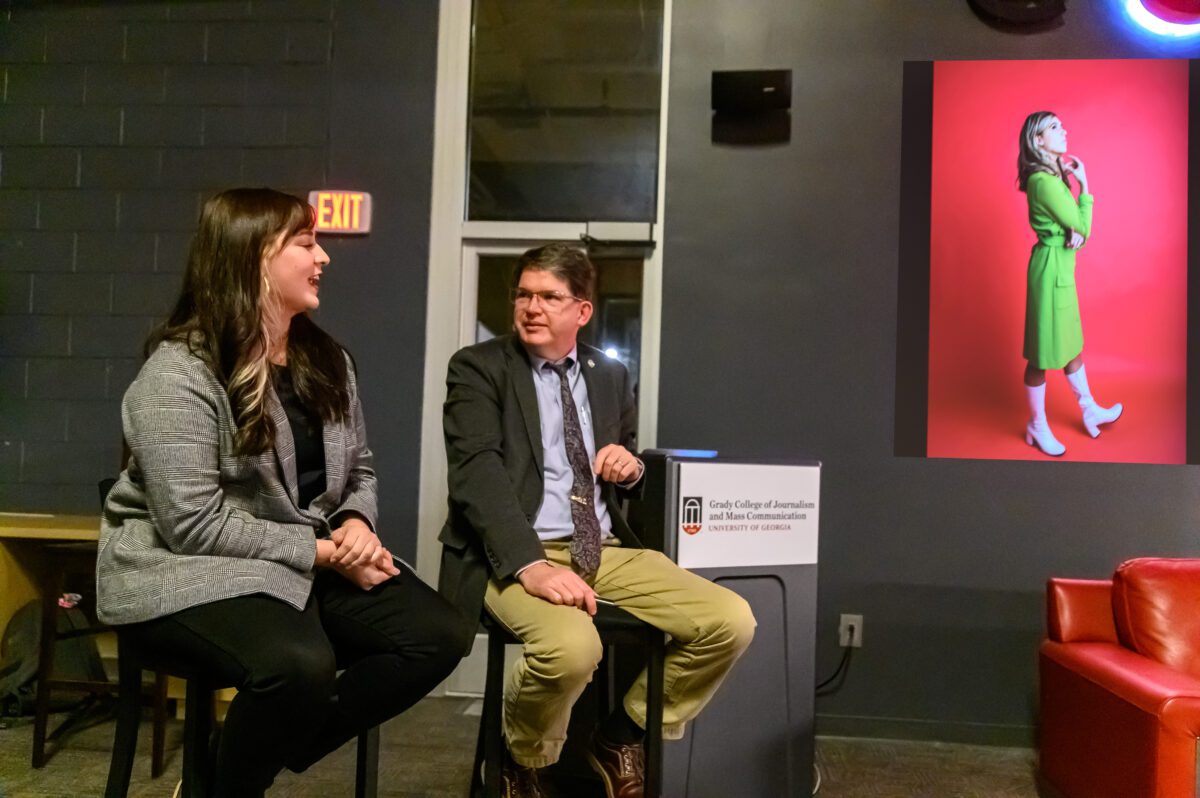 The point of Photo Night is to help learn from photographers. Sturkie had graduated from UGA in 2017 and went to work as intern for Food & Wine Magazine in Birmingham, Alabama. She wanted to be a food photographer.

Sturkie was asked how she made the change from a full-time job to freelance. She first explained she was on a track for editing and not shooting in her position with Food & Wine Magazine.

She said she doesn’t recommend doing what she did for transition. Most people she said work part-time while building their freelance. She was just so unhappy with her trajectory and needed a change.

She just up and quit and moved to Atlanta, Georgia from Birmingham, Alabama.

“I emailed relentlessly photographers that I wanted to work with or learn from,” said Sturkie.

Getting coffee with photographers was a way to learn. She said that one particular photographer she had coffee with she never got a chance to work with, but what she learned during that coffee time was some of the most valuable information.

While you have some skills you can learn so much by just watching another seasoned photographer. You also get to make some money when assisting. This is doing what ever they need when they are on a job. You may be getting lenses for them. Helping carry gear and setting up is also part of the job. The key is to be willing to do just about anything to lessen the load of the photographer.

80% of Sturkie’s work is weddings. When she first helped in assisting she hated it. She helped a photographer who had a style that just didn’t feel good and the lady wasn’t pleasant at all to work with.

She did find other photographers doing a photojournalistic wedding style. By being a second shooter she was getting to shoot, but also learn about the business of weddings.

Sturkie is now doing food photography, weddings and other photo projects as they come up.

Sturkie also said that to keep that creative fire going, you need to create your own project. The photo above is one of her personal projects. She wanted to do a 1960s fashion shoot. She paid to get all the clothes and had a studio space to do the photo shoot.

Sturkie said, “You need to self assign.”

DWI & Samad with housekeeping on the Royal Caribbe