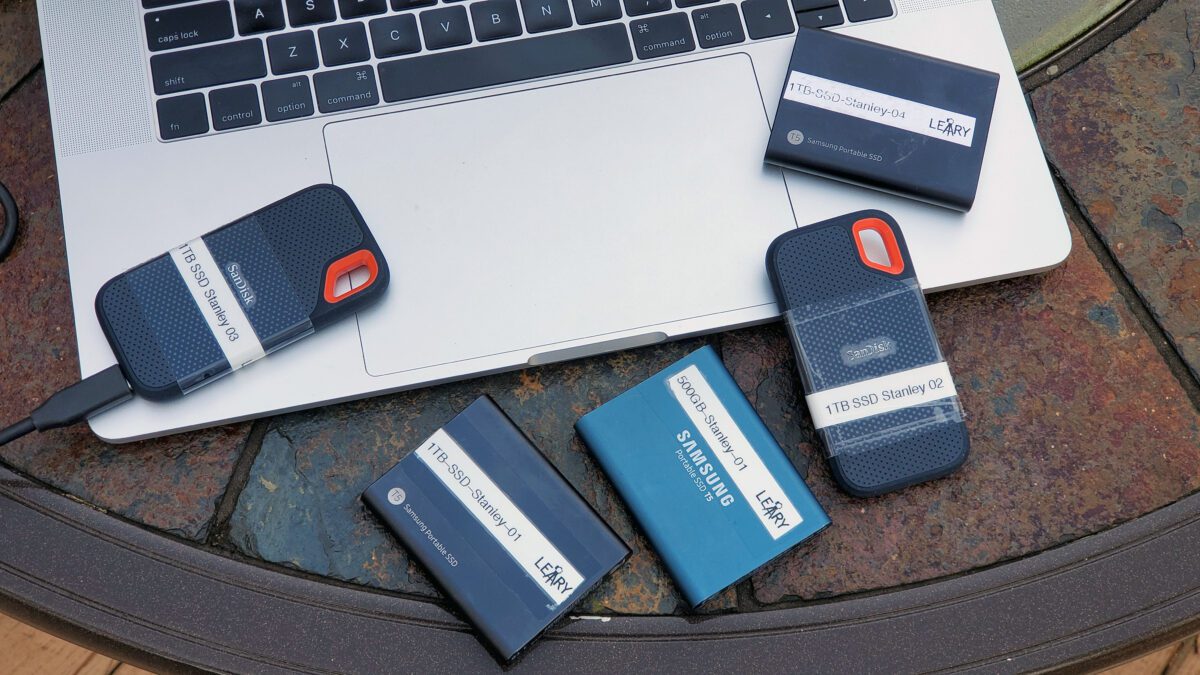 Many years ago I change out my Macbook Pro Hard Drive with Solid State Drive. WOW!!! That was a huge difference in my time on the computer.

The difference between hard drives and solid state drives is in the technology used to store and retrieve data. HDDs are cheaper and you can get more storage space. SSDs, however, are faster, lighter, more durable, and use less energy.

When I changed my computer over to SSD the start up time and performance of time the computer took to complete a task was super fast as compared to the standard HDD.

Since I was just storing and not needing performance when it came to photos I just continued to use HDDs for my external hard drives.

Back in June I wrote this blogpost Camera Insurance? I wasn’t Covered!!!

I told how, “While in Trinidad teaching in the Storytellers Abroad workshop I got up from my chair and my foot caught the power cord which was plugged into HyperDrive – USB Type-C Hub which also my 4TB Western Digital Hard drive was also plugged into. The hard drive went crashing to the floor.”

This is when I switched to SSD external hard drives.

My first external SSD was the Samsung 500GB SSD. You see the main reason the traditional 4TB HDD failed was the moving parts. When the hard drive crashed to the floor the platters got scratched. Had I been using the SSD that wouldn’t have happened. There are no moving parts.

I also am making backups more frequently than I did before. I lost a lot of images because I hadn’t been backing up those drives as often as I should have been doing.

I have bought many more SSD drives like this SanDisk 1TB. While these are about 3 to 4 times more expensive than the HDD drives for the same amount of space, I feel more secure that the chance of failure is greatly diminished.

I still recommend backing up your hard drives. The SSD can fail just like the memory cards we use to capture the images in our cameras.

When writing this post their are sales going on that place these hard drive prices:

While the larger drives cost more, they maybe a better investment. There are many who believe it is better to have smaller drives than lose a lot if one were to go bad.

Whatever theory you are using for drives now is probably good to do with SSD.

I hope this tip not only helps you but keeps your images around for a long time.