Today was the first class of lighting I was teaching to the School of Photography at the University of Nations located in Kailua-Kona, Hawaii. I asked one of the students to be my model.

Bethany is helping me as the model for the first assignment on Rembrandt lighting using just one light with a 10º grid on the Alienbees studio strobe.

The top photo here is the first photo I took showing what the fluorescent room light looked like before we used lights.

Here you can see the triangle on the cheek which is the classic Rembrandt lighting with a little twist of me not shooting her looking straight on but slightly behind her.

To see the rest of the assignment you can go to an older post that walks you through the Rembrandt light exercise. here is that link

You need to see what you are trying to create first before using flash.

I have been going through my files getting ready for next week when I teach lighting to photography students in Hawaii.

One of the tips we will be discussing is learning to not light everything. Here in this photo I just used the existing light and the camera is set -2 EV  and then added strobes which are zoomed in to just light the subjects. The strobes are set around +2 EV.

Here is the same photo without the strobes. See how the strobes make the subjects “POP” and help saturate the colors.

This is the lighting diagram for the top image.

By underexposing the background I am saturating the colors of the sky. Then the flash is helping light  the subjects to be properly exposed and drawing your eye to them.

With no strobes these photos just don’t “POP” like I want them to do.

Now here is an example where by using two lights on either side of the subjects starts to create what I call an “unnatural” light setup. Now they look like this is a painted background and they are on some cruise ship where you get your photo made.

If you want your photos with light to truly “POP” remember to not light everything. Use light sparingly for more dramatic photos. 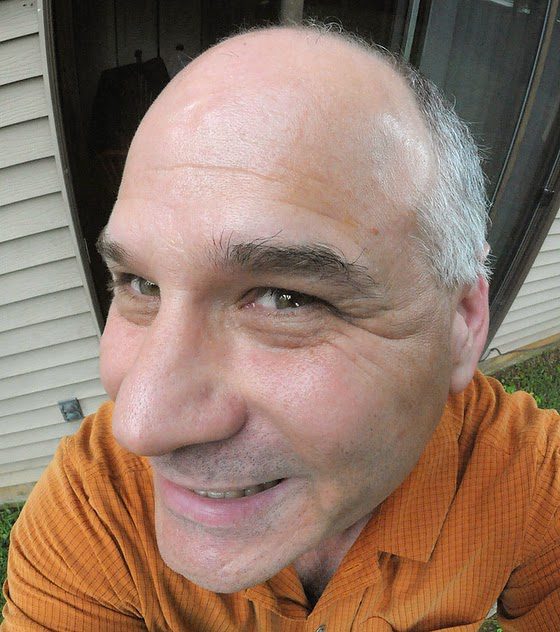 I was really tired working at my computer when I was helping a friend who asked me to help fix their jump drive. It needed to be formatted.

Well it just wasn’t working at first. After a few tries I finally formatted it and since I was use to just clicking the drive and clicking go in a moment I accidently formatted my external hard drive instead.

Panic struck as realized what I had done and what I potentially had lost. The only good news was I had just put this new 2TB hard drive into service a few weeks ago.

The worst case scenario was I lost images that I had not posted to my cloud servers, which was all the camera RAW files. I just post JPEGs once I finish running them through Lightroom and keep the RAW files in a couple places.

Everything was gone and I hadn’t had a chance to create a backup on some of the files.

Frantically I tried to use my PhotoRescue software, but due to the newer Mac 10.10.1 operating system it wouldn’t work.

I then found Data Rescue 4. I had to run a deep scan and it took a good 24+ hours to scan the 2 TB hard drive. 95%+ of the hard drive was recovered. The only thing is the folder and organization wasn’t as I hoped, but all the RAW files and JPEGs were there.

Couple of points that you need to know to recover the most. First, if you make a similar mistake I made stop and immediately do not use the hard drive until you have recovered your files. Formating is bad, but even worse is shooting more images and writing those to the hard drive.

On the Mac open system preferences and then click on Energy Saver.

Change the Computer Sleep to never when running the program. Put it back when you are done. I made the mistake of not doing this so when I set it to run over night after about 15 minutes the computer stopped running and had gone to sleep.
While I would love to say the moral of the story is to never do this, there are times you too may be so tired and not thinking straight and make a mistake as bad as I just did. There are solutions and this is one that worked for me.

Circle of Confusion at best or Linguistic Chaos

Using Jargon and acronyms from your industry with someone not familiar with that jargon will alienate rather than ameliorate, creating a barrier bigger and harder to fix.

I grew up in a Southern Baptist Bubble. There were words used in our bubble that when we said them they were well understood. Here are some of those words:

In the circles I grew up in I knew people that could quote scripture every other sentence and they did!
I always wondered did everyone around me really understand what they were saying or just dropping words to sound impressive. I think today most of them were trying to impress more than truly understanding.
Today I actually find when someone starts down this road of a club language to be very divisive and offensive to me.
I think this is the reason for so many nondenominational churches are growing. They tend to use more common language of the marketplace versus a club language.
I was working with an NGO which happens to be run by Christians, but they really want to get non-Christians involved in their social justice projects like digging wells around the world.
They asked for my feedback on a 3 minute video. Twenty seconds into the video the subject talked about why they were involved in with the organization. They dropped the first club language word of “Kingdom of God.”
Immediately I could feel my body actually wanting to get up and leave. They were not even aware how the words alone were creating a barrier and doing just the opposite of what they hoped to accomplish.
Tips
First, learning to evaluate your language to see if what you are saying with words is connecting with your audience is quite difficult and requires practice. You need the help of some really trustworthy friends that will be frank with you. You need them to hear or read your verbiage and give you some feedback.
Now if your friend grew up in the same bubble as you the odds of them helping is less likely. The best feedback is from someone in the audience you want to reach that culturally would not be aware of all your language jargon.
Second, this might sound like it goes first, but in reality as you are confronted with what are you trying to say with this word and being forced to use other words will you come to realize you might not really know what your true intentions are in your thoughts. Often we say things that just make people feel comfortable. However, if you are trying to elicit a response and not just put people at ease then you may actually have to think about what your message really is all about.
Third, you need to realize also that even if you use all the correct words things like psychological and emotional barriers might exist with the audience. They may prematurely judge your words and interpret something you are not saying before you finish your thoughts. The audience may not really be paying attention and be distracted by something else in their life. They may distrust you and anything you say isn’t heard.
There are just a lot more reasons than your words that communication breaks down. You should however make it your goal to word your conversations so that the audience understands them and opens up them to hear all of your message. So practice your messaging with a trusted friend so that your language helps you to communicate more effectively.

Use “Match Total Exposures” to save some time in Lightroom.

If you have a similar scene you can select many images as I have shown here:

Then make all the corrections to the first photo like you would do in all your “Auto Sync” situations and then go to the Settings in Develop module and choose “Match Total Exposures.”

This lets you quickly adjust the exposure of multiple photos to match a target photo. Now you can go back and just select images also and select them and choose your “target” photo and then apply the “Match Total Exposures” and you will save a lot of time that you used to adjust exposures.