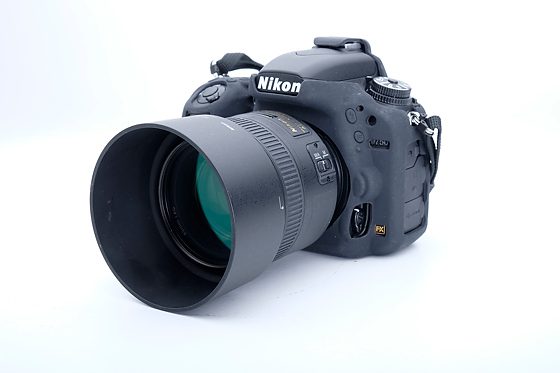 I attended a wedding for a friend yesterday as a guest. I thought I would make some photos and give those to the bride and groom from the day. I stayed out of the way of the hired photographers and just shot photos that I saw.

Now the service took place at the Ritz Carlton Hotel Buckhead in Atlanta, GA. The room for the wedding was pretty dark. I used the ExpoDisc to get a custom white balance and then the settings on the camera were ISO 12800, ƒ/5.6 @ 1/50.

After the service we moved to the hallway between the two rooms they had reserved for the wedding and the reception for a formal receiving line. The light here was about the same at the wedding. Now the canned spotlights in the ceiling occasionally would make the quality of the light suffer and sometimes help. Here with the bridesmaids wasn’t thrilled with the hot light in the background.

Sometimes the light was just fine on the subjects faces as my wife and the parents of the bride for this photograph.

I took just a few photos of the bride and groom on their first dance when I just realized the AUTO ISO that I had set up to peak at ISO 12800 was just not going to cut it. I also realized when shooting at 1/15 shutter speed that raising this one ƒ-stop wasn’t enough. Thankfully the Nikon D750 let me raise the ISO to 51200.

The cool thing is while the ISO 51200 noise is noticeable this is far superior to the film days when you shot above ISO 800.

What I did notice at the highest ISO the noise is in the shadows and there you could see the grid pattern of the pixels.

Since I had the camera’s ISO set on AUTO the lower ISO of 28735 was picked when this couple asked for their photo. There was a carving station to my back and I intentionally put the couple there to take advantage of the extra light in that dark room.

Then another couple joined them and they stepped back just a bit and this raised the ISO 32254 and I was able to get another acceptable photo without using flash.

Then when my wife asked for a photo with some friends, I knew that the lack of that carving station behind me and the stage behind them wasn’t the best lighting. I took a photo first and looked and decided for the first time that day to use the pop up flash on slow shutter speed.

Notice how the noise almost disappears with the added flash. The camera only dropped the ISO less than a stop.

You would think that I could have done this all night, but remember I am not the official photographer. I am not wanting to go around flashing and drawing more attention to myself than I was doing already.

I think the ISO 51200 on the Nikon D750 is great when you need to have a high ISO in that range. You will be able to get photos that you wouldn’t be able to do without.

I would say noise wasn’t just due to high ISO, but rather to the quality of the light and the dynamic range of that light. The flash illustrated that the noise disappears when used at high ISO.

The direction of the light has more to do with the noise than just high ISO.

By the way–throughout the wedding I was posting these photos to social media. The Nikon App on my Android phone let me sync using the Wi-Fi on the Nikon D750.

I was shooting just RAW files, so the app would create a smaller JPEG that was big enough for Social Media as the recommended size to transfer to the phone.

The guests were enjoying seeing photos just a couple minutes after I shot them up on Facebook. I would tag the bride and all her friends could then see the photos.

When I tried to set the custom white balance it appeared what I would do for the Nikon D4 wasn’t working with the Nikon D750. Well I had also put the Nikon Manual Viewer App on my phone. It has the Nikon D750 manual and the Nikon D4 manual. You can search and find whatever you need.

The searching makes this even easier to use than the printed manual in my opinion.

I typed in White Balance and found the instructions. I was doing everything just as it recommended, but the blinking pre was only viewable on the top LCD closest to the shutter release and not showing blinking on the big LCD on the back.