I posted a blog earlier today showing my observations with my moon shots comparing the Nikon D750 to the Fujifilm X-E2. I received many comments that this was not a good test. Well it really wasn’t meant to be a test.

This here is a test of the difference between the Nikon D750 and the Fujifilm X-E2 shooting a test image under studio strobes at the same ISO, aperture and extremely close shutter speeds.

You can see the overall image of the test image and then I came in closer on both cameras. Mind you that the 24 megapixel is a larger file and more information than the 16 megapixel of the other camera.

I will let you come to your own conclusions between the two cameras. The Fujifilm X-E2 was shooting at 83mm and the Nikon D750 at 85mm. Again some minor difference.

I will let the photos speak for themselves on this blog post.

I was not planning on comparing the two cameras, but ended up noticing quite a difference between the two cameras when making some photos of the moon.

While editing the two photos I noticed a sharpness in the 16 megapixel Fuji image that wasn’t there in the Nikon 24 megapixel. I would expect the Nikon D750 to be sharper.

I just put this photo here shot at 1/4000 to quiet those who think the softness of the D750 was from camera movement. It is the filter.

Until recently virtually all digital cameras had an anti-aliasing or low-pass filter over the sensor. This filter had the effect of softening the image very slightly to reduce the likelihood of moiré patterning happening in parts of the image with a very fine repeating pattern that is close to the resolution limit of the sensor.

There is no filter on the Fuji and there is one on the Nikon D750.

The benefit of leaving off the filter is that the camera is able to record a little more detail and produce slightly sharper images, with less need for post-capture sharpening. 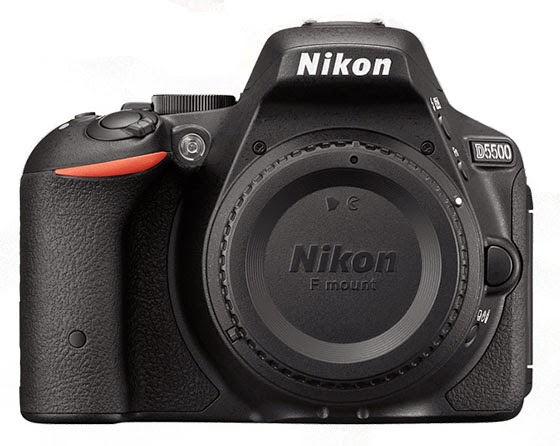 Nikon just introduced at the Consumer Electronics Show this week there new Nikon D5500 which tt’s high-resolution sensor has no optical low-pass filter. It joins the Nikon D810 which also doesn’t have the anti-aliasing or low-pass filter over the sensor.

I think we may be experiencing the change in the industry. Since the introduction of the Nikon D800E we have started to see more cameras being introduced without an anti-aliasing, or low-pass, filter over the sensor. This is because the pixel density of sensors has become so high that there are fewer and fewer patterns that we are likely to photograph that have a high enough frequency to cause moiré patterning.

Some shots from the Chick-fil-A Kickoff games Loui